Grist for the Mill: Two weeks to Election Day in the Mile Square City 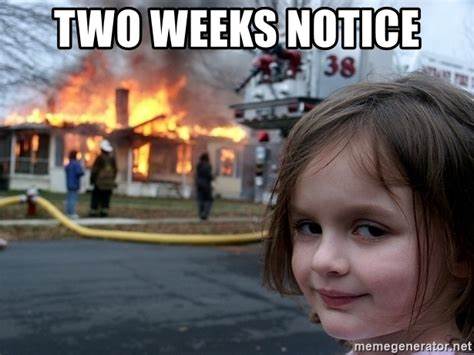 In two weeks, Hoboken will see six of the City Council seats up for election. Hoboken's very own mayor Ravi Bhalla is out and about leading an attack on behalf of his do-nothing slate of candidates he calls "activists."

Ever see any of these people even show up once at a government related meeting speak on a public issue of concern?

Yesterday, Hoboken took a peek into the sixth ward where City Council President Jen Giattino is facing an onslaught of falsified attacks against her sterling record on and off the City Council. Those attacks are yes, false and defamatory, designed to do harm to her reputation.

What's next, an attack alleging her decade plus of service at the Hoboken Homeless Shelter are regular assaults on the needy?

Reports from the sixth ward say Ravi Bhalla went out a weekend back and trolled the good government do gooder in her sixth ward who has publicly aspired to public service only for Hoboken in the tradition of former mayor Dawn Zimmer.

Residents in the sixth ward are saying the Hoboken mayor, who has repeatedly sought higher office to get out of Hoboken, first in 2011 after only two years as a councilman is projecting his own actions on the councilwoman. It's followed with yesterday's negative attacks reminiscent of the mailer expenditures by former councilwoman Beth Mason who funded a series of falsified attacks in the last sixth ward election back in 2015.

The scent of Hoboken's biggest development to date are the stakes and Ravi Bhalla desperately wants rubber-stamp council votes to deliver for his big construction PAC friends and their mutual special interests. Currently, a deciding fifth vote would fall on Councilwoman Emily Jabbour who doesn't want a public plaque in her honor providing its passage. The Stronger Foundations PAC backed her and Ravi Bhalla back in 2017.

At the last City Council meeting, Giattino bounced off the agenda Ravi Bhalla's big development ordinance featuring a 300-foot plus 28-story residential tower at the southern end of the Mile Square City. The starter kit mega-development comes in at a whopping 1.4 million square feet, promises another 300-foot tower plus another open-ended 1.3 million square feet to follow.

All this if Hoboken shakes off the good government group remaining on the City Council adhering to the standards of their former titular head Dawn Zimmer, who is silent as her controversial husband is trying to get people to fall in line to Bhalla in what is an obvious betrayal to her legacy. Et tu Stanislaw?


Speaking of legacy, residents are waking up to the con in the Bhalla - Stronger Foundations mega-development. They are not pleased with the baton pass from Dawn Zimmer to Ravi Bhalla sans good government principles and his trying to slam through his special interest pals' mega development without so much as a Nixle announcement or public meeting.

At least one Hoboken resident took action. They defected with confirmed campaign data in an obvious middle finger to Ravi Bhalla after his secret alliance of Local 825 and its Stronger Foundations PAC endorsed the Bhalla council slate and became public along with their mega-development plans for Hoboken.

If the FacePunchers in the mayor's office could only get their claws on the defector. They won't because this Hoboken Horse will never tell and the Shield Law protects forced revelation as the shield was upheld repeatedly when this editor testified for a day and a half in the 2014 Superior Court voter fraud rent ballot referendum trial.

On behalf of good government adherents across the Mile Square City and all those who will never betray the principles of Reform, godspeed to you all and "Hail to the Hoboken Defector!"

Last, Frank "Pupie" Raia saw his appeal for a new trial rejected yesterday and will face sentencing for leading a vote-by-mail buying conspiracy on November 14th. The undoing of the voter fraud conspiracy began the day after the 2013 election:

Posted by SmartyJones at Tuesday, October 22, 2019