The One and Only - a debate for and featuring the 5th Ward on October 15th! 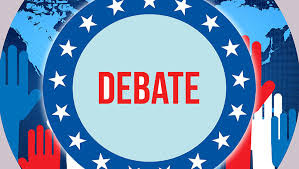 The Pulse with Peter B. Announces
Hoboken 5thWard Debate
The Pulse with Peter B., Hoboken’s only “Mile Square City” focused show has announced the Hoboken 5thWard Debate to be held at the Mile Square Theater (1400 Clinton St) on Tuesday, October 15. Doors will open at 7:00pm for audience members and the debate beings at 7:30pm. The Pulse, as the show is known, is the leading show for cable access television in northern New Jersey. While special episodes include on-site visits to local businesses, festivals, community fundraisers, and more, regular episodes are 3 parts featuring sports analysis, a local food review, and a political/policy breakdown of events in Hoboken.
The show is hosted by Peter Biancamano, a born and raised Hobokenite with a fresh and young take on town and who spent two terms as an elected Hoboken School Board Trustee. Biancamano has a unique take on Hoboken that informs the conversation in the local food and politics segments. Biancamano stated, “as someone who has been involved in the public conversation in Hoboken, I felt it important to really get into the issues in the only ward with no incumbents and three viable candidates.” “It’s going to be a great night of solid questions and I’m sure the three candidates will bring solid answers,” he continued.
The debate will feature the candidates answering questions from Biancamano and the show’s political analyst, Joshua Sotomayor Einstein, as well as audience questions. Einstein stated, “as this is the only ward specific debate exclusively featuring candidates from the 5thward, it’s an opportunity for the community in the ward and for the 3 candidates to really have a dialogue on the issues.” Format wise, candidates will be given 90 seconds for answers, 60 seconds for response, and 30 seconds for rebuttals. Audience questions will be taken in writing on index cards collected at the beginning of the debate and read to the candidates during the last half hour. All are welcome to attend.
Posted by SmartyJones at Wednesday, October 09, 2019