Official winners as tallied by the Hudson County Board of Elections (less VBMs): 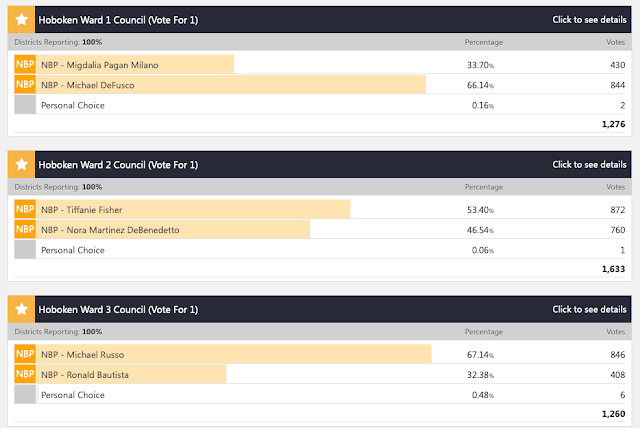 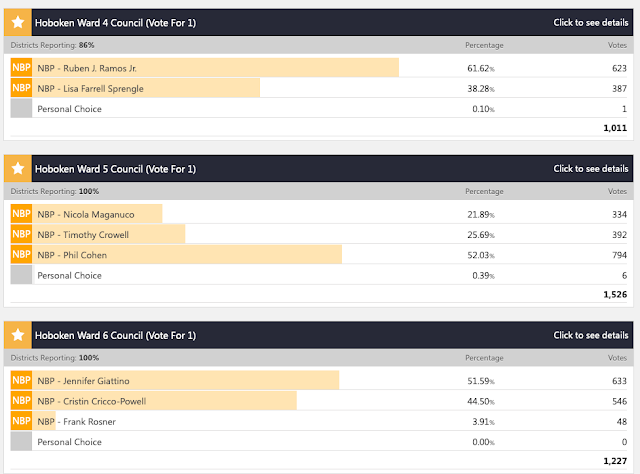 Both Jen Giattino and Tiffanie Fisher won the VBMs in their respective races.
Those final figures are not tabulated in the above figures.


Posted by SmartyJones at Wednesday, November 06, 2019