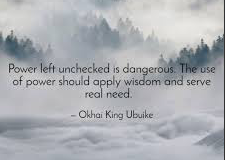 Hoboken residents are either revved up by or tired of the constant campaigning for the Nov 5th council election. Wherever one falls, it is indisputably an important election that will determine the fate of the city council and the direction of our mile square. On the evening of November 5th Hoboken will have the answers to many of the questions of the last few months, such as: will the council majority led by 6th Ward Councilwoman / Council President Jen Giattino survive? Will the mayoral backed candidates, who make up a majority of the challengers to the incumbents, give the mayor unchecked power to pursue his agenda and shape our town according to his vision?
No less important is the legally partisan election occurring concurrently with Hoboken’s non-partisan one. This election is for State Assembly, County Executive, County Sheriff, and County Surrogate and will impact the direction of both our county and state. From these lesser-known offices, usually selected by Democratic power brokers, questions arise. Do we continue down the path of fiscal ruin, and an economy falling behind the rest of the nation, that failed Governor Phil Murphy and the Democratic majority in Trenton is “leading” us? Do we double down on the massive taxes, unfunded spending, and duplicated services that is the Hudson county government of one-party rule? If your answer is yes, then vote for the entrenched Democratic incumbents who serve the bosses at the top of their respective political machines. If you answered no, vote Republican, against the institutionalized corruption that is one-party rule in our state capital and the county seat, and for having an opposition party that is the servant of the taxpayer.
On November 5, our town, Hoboken will make an important decision for the future of the town, in many ways the municipal ward election is a referendum on Mayor Bhalla. Those who think there is a better way are supporting the council majority and their allies, those approving of his job performance are supporting the challengers running with his support. Regardless of how one votes in the legally non-partisan municipal race, in the partisan elections - vote to get county and state government out of your wallet, vote Republican.
Posted by SmartyJones at Monday, November 04, 2019