Almost a year to the day on a Friday night, Mayor Ravi Bhalla proudly announced his second job with a Republican law firm.

What followed the same year, tens of thousands rolling down the hill to his Republican law firm employer totaling $70,000.

The figure surpassed his $60,000 base salary, what some deemed a no show job.

The Jersey Journal would cover the big news putting Ravi Bhalla on the cover.

Invariably, Hoboken residents have been incensed when the topic of Ravi Bhalla's side hustle comes up. 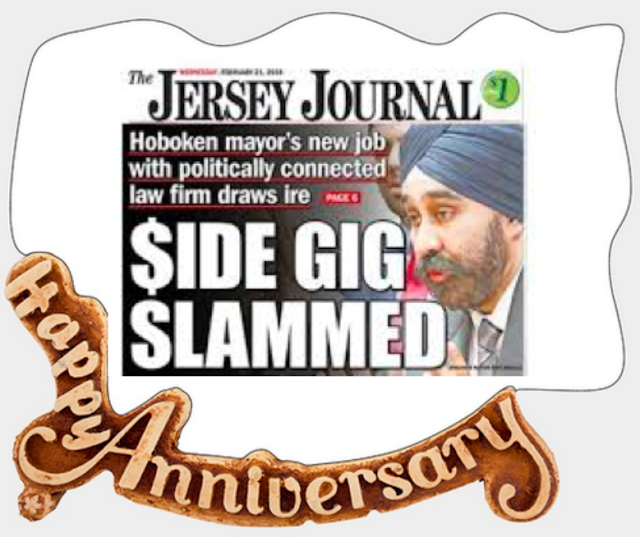 Talking Ed Note: If you want to participate in the joy with Ravi on this important milestone, feel free to copy and paste the link on his and/or City of Hoboken Facebook or Twitter.