City Council meeting tonight will see details on the official Ravi Bhalla tax increase, a proposed retreat on dynamic parking meter increases and a $54,000,000 bond for an overhaul to the pop-up park

It's here. A twofer on the local Hoboken government side with proposed tax increases and the recently approved dynamic parking increase retreats is official.

As exclusively reported on Hobokenhorse.com, the Ravi Bhalla Administration presented its first full-fledged budget to the City Council with an approximate 2% tax increase. 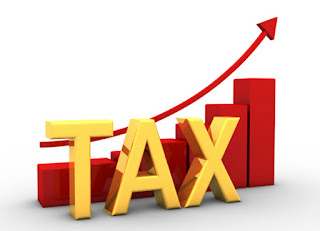 That tax increase annualized is the highest since the Dawn Zimmer Administration took the helm in November 2009. (Previous to her election, Zimmer was Acting Mayor but the State had appointed a fiscal monitor, the late Judy Tripodi who inserted a massive tax increase upon discovering a major deficit running more than $10 million.)

Yesterday, the Bhalla Administration sounded the retreat on recent "dynamic" parking meter increases. The Hoboken City Council is expected to sort through the Administration's latest recommendations prior to tonight's meeting.

The scramble to overturn the recently passed Administration parking meter hikes will further exacerbate the recent budget crunch. It's not uncertain to what degree it will contribute to a budget shortfall.

hmag.com, the online lifestyle publication loving all things Mile Square City parking was out first with an article detailing the Bhalla Administration retreat. There's this insight offered by the Hoboken Parking Dude:


“Dynamic pricing works in cities like San Francisco, DC or Austin because the surface area of those cities and the parking supply is greater—you have a large cities with all these different parking areas,” said Andrew Impastato, of Hoboken Parking Dude, in a phone discussion with hMAG last week.
“In a city like this, it’s only one mile with 15,000 permits for 11,000 spots. There are no parking spots anywhere, at any hour of the day,” added Impastato. “Whether it’s 2 p.m. or 4 a.m., you’re not gonna find spots.”
Related, two council members City Council VP Ruben Ramos and Councilman Mike DeFusco offered this official statement for release:


Statement from Council Members Ruben Ramos and Mike DeFusco on Bhalla Administration Scaling Back Parking Rate Increases After Massive Resident Opposition
Hoboken Council Vice President Ruben Ramos and First Ward Councilman Mike DeFusco were among four Council members who voted against an ordinance backed by Mayor Ravi Bhalla which massively increased metered parking rates, noting that the rate hikes would create a financial burden for residents and hurt local small businesses. Ramos and DeFusco are releasing the following joint statement on Mayor Ravi Bhalla’s decision to scale back the increased parking fees he proposed, which was announced today after the policy sparked massive community opposition:
“We are happy the Mayor now sees what the numerous residents who opposed this plan and the members of the Council who voted no saw from the beginning -- that raising parking rates up to 260% with no improvements to the overall system and no new parking availability is outrageous. We should be encouraging people to visit, shop and dine in our city and enjoy all it has to offer as opposed to creating even more obstacles for businesses to succeed, which the Bhalla parking rate hikes would have done. Now that Mayor Bhalla has changed course, we are hopeful that the administration will be open to working with the City Council on holistic solutions to improve parking in Hoboken like adding more garage spaces, using new technology to direct more cars to underutilized parking areas and providing more transportation alternatives.” 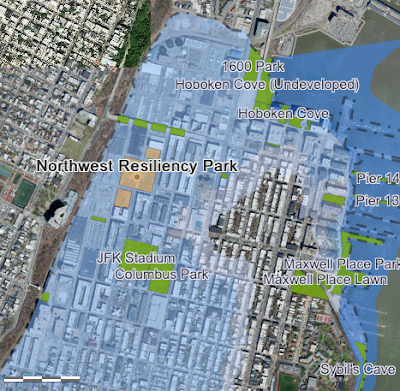 The days of the Hoboken west side pop up park are ending. Bring back the cranes. If the City Council approves an Administration proposal tonight, one of the biggest spending items in living memory will be tagged on to the Hoboken taxpayers credit card.

The City dubs it the Northwest Resiliency Park touting a future capability to trap a million gallons of water.

The humongous expenditure is largely driven by work underground in water retention. The public may be dismayed to lose the use of the six-acre pop-up park, a highly utilized recreation area on the west side uptown where useful open space is scarce.

More details would be useful but the City of Hoboken website having been overhauled since former mayor Dawn Zimmer's departure has run into some problems. 2019 City Council documents don't appear and worse, members of the public have highlighted there's no preservation of City Council meetings maintained and available as previous on Ustream.com.

The link to the Northwest Resiliency Park: http://nwpark-cityofhoboken.opendata.arcgis.com