Court: 'Ravi your Hilton Hotel deal doling out money in Hoboken is a problem'

Hobokenhorse court sources indicate the City of Hoboken deal for a Hilton Hotel announced with much pomp and astroturf is not moving forward based on a legal challenge, at least for now.

Hudson Superior Court yesterday declined to dismiss a lawsuit that sprang up after Mayor Ravi Bhalla announced the deal before his construction union allies, media and residents last fall.


The court cited the "risk of bad faith... in exacting off-tract contributions from redevelopers is too great" in denying the motion.

Ravi Bhalla had increased the size of the originally proposed downtown hotel by 20% in exchange for him doling out monies to select Hoboken organizations. A new Hoboken community center at the site of the former Y was designated to receive a million and the district schools two million.

The Hoboken City Council intervened to extract additional funding to over four million.

That deal originally was set with those payments three years after completion of a Hilton Hotel but with the court ruling, the entire deal is in jeopardy.

Late November, a group of developers cited favoritism by Bhalla as a motivating factor in filing a lawsuit against his Hilton Hotel deal.

Update: The City of Hoboken confirms this story admitting it lost its attempt to see the lawsuit against the Hilton Hotel deal dismissed yesterday. Ravi Bhalla states the "City will ultimately prevail" against Hoboken Land Building, L.P. and Hoboken Holdings, L.P.

This website has a way of forcing the truth out.

With one Smollett hoax distraction relegated to the bowels of Crooked County, Illinois and the Russia Collusion Hoax undone, attention if scant may return to Hoboken's emerging budget problems. 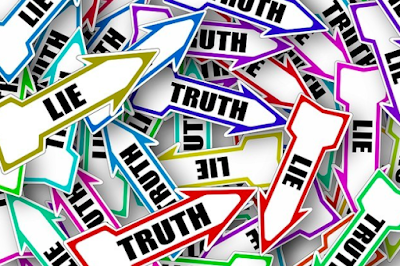 Mayor Ravi Bhalla is aware of the details but isn't sharing any of the numbers in the rolled back parking revenues. By doing so, he's hiding built-in red ink. But he's been busy taking photos with Cory Booker who is now on the lengthy list of those seeking the Democrat nomination for president.

The City Council requested more effort to get an accurate picture with what a rollback from the brief but highly detested price gouging at the parking meters means. So far, the mayor and business administrator are holding fast to saying nothing and equally disheartening, doing nothing.

Hoboken is being set up for more red ink and will see an unknown reduction in parking revenue.

Meanwhile, the Hoboken budget is ticking away like a time bomb not seen in more than a decade prior to Dawn Zimmer's fiscal restraint and stewardship to produce honest budgeting.

That like those principles central to the tenets of the Reform Movement have been decapitated.

Updated: The City Council introduced Ravi Bhalla's budget with zero changes. All the inherent problems remain. Now does the council have the will to do anything other than watch the car crash?