Yesterday's prediction of an impending Team Bhalla council slate announcement came within an eyelash of dead on accuracy.

Thanks to everyone who participates and continues to support the RaviLeaks Good Government Transparency Program.

The ticket Mayor Ravi Bhalla announced is less than inspiring in many respects but closes the books on any lingering questions about the often reported Ravi-Russo Alliance here.


Ron Bautista an imperfect but suitable cannon fodder candidate in the third ward would complete a citywide ticket for Team Bhalla.

Yesterday, Hmag highlighted the obvious dereliction and received a response from the Team Bhalla spokesman who described the situation as "fluid" implying there may be an addition at a later date.

There's only one problem with this spin. It flies in the face of the Ravi-Russo Alliance and the deal already cut.

In recent days, Councilman Michael Russo has openly bragged about the deal he cut with Ravi Bhalla.

Dear friends and neighbors:
The City Council held its Public Hearing for the Budget Amendment that was proposed by the Council at the last meeting on May 1st where it was approved 8-1 (“Council Amended Budget”). 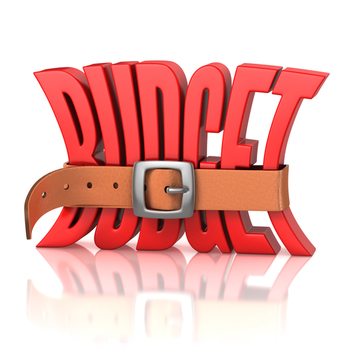 In this amendment to one originally introduced by the mayor, the Council found ways to reduce the tax rate from the 2.8% that had been proposed to 1.3%.  In this rising cost environment, we felt it important for the City of Hoboken’s administration to show to the taxpayers of Hoboken that it can and will “do more with less” while sustaining municipal services, supporting wage increases for our lowest-paid employees, cutting administrative costs and above average salary increases and supporting our seniors and public safety teams.  The amendments we passed include:
Also included in the Council Amended Budget are the following additions:
You may not be aware, but a portion of the surplus generated by the Hoboken Parking Utility contributes to the general budget.  It had been reduced from $4.5M in 2018 to $3.2 M in the original version of the 2019 budget and in the Council Amended Budget we recommended increasing this back up slightly by $96K.  To help fund this increase, we asked the HPU to also tighten their belts by requesting approximately 1.2% in expense reduction across the board for the parking utility.
The process to adopt the Council Amended Budget includes approval from the Department of Community Affairs which we still await and as such the Council has not actually voted to adopt the budget.  If not before, we expect to vote on the adoption of the budget at the next council meeting on June 5th.  Please read here (and attached) for the letter that Council President Giattino and I sent to the DCA setting for the Council's rationale for the proposed changes.  It also includes a detailed schedule of the amendments that we proposed.