Councilwoman Tiffanie Fisher: "E-Scooters: How are kids getting access?"

Dear friends and neighbors:
This is a follow up to the email I sent yesterday E-Scooters: to be or not to be.  First, a reminder again to take responsibility for your actions and the potential impact you are having to your neighbors and on the PILOT.  I spoke with Hoboken Police Chief Ferrante just now and he said that things seem to be calming some, but there are still plenty of instances of unsafe behavior being reported.  Here are a few updates: 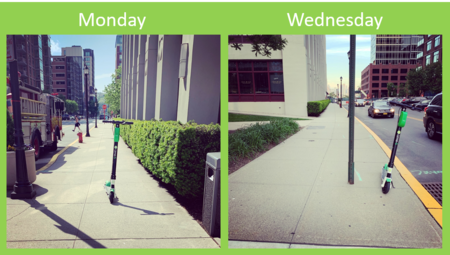 Regarding the underage use which is one of the biggest concerns cited by many of you ... if you have or know a child/teen who has ridden a scooter, please let me know how they gained access and I will pass along to Lime.  When I spoke with Lime two days ago, Ms. Shapiro indicated that the only way a child/teen could access is if they have a credit card and ID or their parents set it up for them. I challenged that as I said I don't know many parents that would allow this.
Read more »
Posted by SmartyJones at Friday, May 24, 2019
Councilwoman Tiffanie Fisher: "E-Scooters: How are kids getting access?"
2019-05-24T10:15:00-04:00
SmartyJones
Comments