THANK YOU PETER CUNNINGHAM!
I was sad to have just read that my friend and former Hoboken City Council colleague Peter Cunningham will not be seeking a fourth term as the Fifth Ward's City Councilman. I do, however, admire and understand his reasons for not seeking another term.
If I had to select the Council colleague who I most admired, it would be Peter. Peter was ALWAYS open to considering stances on issues that I was passionate about, even if they didn't affect him and his neighbors. Whether it be expanded park space #WestOfWillow, the need to retain more families, or the need to put more dollars towards our water main infrastructure, Peter was always a colleague you could count on to consider your point-of-view, to never be dismissive of an argument, and to lend his unwavering support to a policy fight once he was convinced it was the right way to go.
Peter's leadership around the City's finances was second to none. Political achievement is always a team effort, but Peter was the quarterback, star running back, and fleet-footed wide receiver all rolled up into one, when it came to the team effort to right our City's financial ship. He was the clear MVP of that effort, and all of Hoboken should be grateful for his leadership. Whenever residents read a press release about Hoboken's strong bond rating or reflect back on the former stability of our municipal budget they should remember that it was Peter who led our City to these financial victories. Thank you, Peter!
Peter was also a great friend to the Hoboken Housing Authority and to the Fox Hill community. He brought a lovely garden to Fox Hill, that just this week HHA leaders were telling me remains extremely popular with residents who are always eager to prep their next planting. Again, thank you, Peter!!
I used to kid Peter that serving with him was like having a big brother on the Council; always ready to help, always willing to show you the ropes of local government, and always willing to punch you in the gut if you were acting like an ass or going the wrong way in a political fight! Peter is just that type of tough-love colleague; as great of a colleague as anyone could have. Thank you for that!!!
Since I don't want to "gas him up" anymore (as my students would say), I'll end with this:
THANK YOU PETER CUNNINGHAM FOR 12 YEARS OF UNPARALLELED COMMUNITY LEADERSHIP - YOUR LEADERSHIP WILL NOW CHANGE AND TAKE ON OTHER FORMS, BUT YOUR ADVOCACY WILL GO ON FOREVER! 👏👏👏 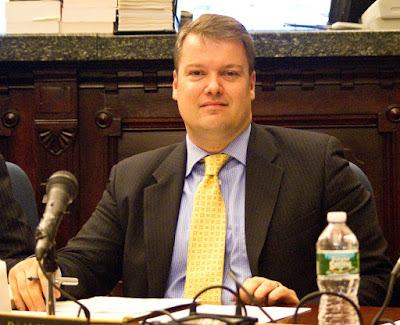