After 14 months of deliberation, the New Jersey Appellate announced its decision Friday in Bajardi v Pincus upholding victories for all but one defendant in the notorious Hudson Superior Court designated SLAPP suit.

That sole defendant, Nancy Pincus, saw two counts from the 2012 civil complaint remanded for trial in Hudson County Superior Court. A trial date is expected to be set this October or November.

Sanctions for frivolous litigation issued in the case for $276,000 against Lane Bajardi and Kimberly Cardinal were however reduced by the Appellate to those paid-to-date for the litigious couple who sued numerous screen name defendants for defamation. Most would never see an allegation of any kind made before seeing dismissal. Some of those screen names SLAPPed: Bob R, SS1959, davidd, SmartyJones, Bet Mazin and Klaussenfluffer.

Lane Bajardi and Kimberly Cardinal paid approximately $70,000 in court-approved sanctions to Heyer and Brice since 2015. 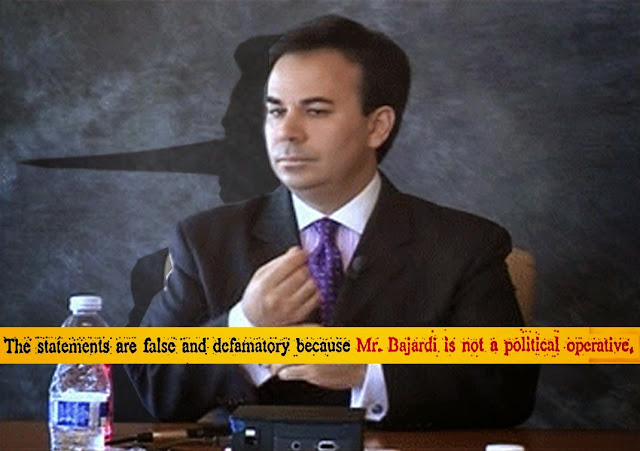 
Talking Ed Note: Hopefully, being subjected to voluminous pathological lying to keep a SLAPP-suit alive to a trial will never be repeated against any Hoboken resident again.

It's a good time to offer thanks, first to our Lord and then counsel of record throughout: Alexander W. Booth, Jimmy the K, BC, Doctor F, Tripod Man, Kurt Gardiner, Eric Kurta - the Wiley Coyote, Steve X, DY, Eric, P, Mossad Girl, Not Stempler, Scott, Catrina, Fake Striver, Michael Lenz, Tony Soares, The Janitor, and all the readers and members who supported Hobokenhorse.com throughout.