Mayor Ravi Bhalla executes temporary ceasefire on undoing the 2011 Pay-to-Play ordinance; will use it through election season to attack Councilman Mike DeFusco 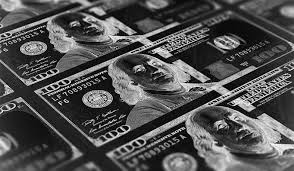 With the Friday reveal uncovered in an exclusive report on Hobokenhorse.com showing Mayor Ravi Bhalla and his Administration orchestrating an assault on Dawn Zimmer's 2011 Pay-to-Play ordinance, an end of day retreat last week was announced.

Ravi Bhalla will temporarily halt unwinding of the 2011 Pay-to-Play ordinance leaving it intact for the duration of election season. Bhalla and his council slate instead will turn their guns on Councilman Mike DeFusco with a non-binding resolution claiming its intent "to enforce" the 2011 ordinance.

With political season exploding in Hoboken, there's actually nothing by way of any enforcement mechanism in the resolution being sponsored by Bhalla teammates, council members Jim Doyle and Emily Jabbour.

More verbiage appears in the resolution on a Bhalla Administration commissioned legal opinion seeking to unwind the 2011 Pay-to Play-ordinance by an outside attorney coordinated with the Hoboken Law Department.

That attorney from the law firm of Hunt, Hamlin, Ridley in a September 3rd letter suggests undoing much of the 2011 ordinance due to the urging of a small Hoboken municipal supervisors union claiming it may be unconstitutional under NJ law. The union head, however, rescinded the odd late July request back on August 1st.

Unions are limited as political committees to political contributions of $500 in Hoboken. Both Bhalla and DeFusco are competing for those monies and in the end larger amounts if the 2011 ordinance is unwound. In the 2017 mayoral election, outside money contributions to the two saw their totals pop to a whopping $1,000,000.


The Doyle-Jabbour resolution Wednesday targets Councilman Mike DeFusco who's accepted campaign contributions in excess of tens of thousands in 2017 and is exceeding those limits leading into this November's council ward races.

DeFusco first dropped the bomb in a live interview last Thursday with John Heinis, editor and publisher of the Hudson County View. Late Friday, he issued a statement of his own saying he will be offering a resolution at Wednesday night's City Council meeting

Late Friday, DeFusco said, "I will be introducing a resolution denouncing the influence of dark money on our local politics and calling on all Council candidates to reject support from Super PACs."

Ravi Bhalla and his mayor's office have been silent on the Dark Money allegations tied to Fairview Insurance, a Hoboken vendor. Coordination between Ravi Bhalla, his council slate, the Super PAC and the insurance vendor is illegal.

DeFusco also said in his interview he had opposed the big increases offered earlier by Ravi Bhalla to the insurance vendor.

The video begins at 7:58 with the discussion of Dark Money.

Talking Ed Note: It's all about the Benjamins... and power. There will be no enforcement of the 2011 Pay-to-Play ordinance by Ravi Bhalla or his administration.

After the 2012 BoE election, the former Corporation Counsel attempted to enforce the 2011 ordinance in a letter to then-councilwoman Beth Mason. It was ignored. An enforcement mechanism as Brian Aloia stated previously does not exist.

No one has challenged let alone won a legal decision against Hoboken's 2011 Pay-to-Play ordinance.

Although this website urged an enforcement mechanism, none has occurred then or since. It's not happening heading to November. It's all posturing for special interest money as Ravi Bhalla intends to compete with DeFusco FOR that money.


Earlier today, Mayor Ravi Bhalla released a statement doubling down on Hoboken’s embattled local pay-to-play law, even after a review by outside legal counsel called for it to be repealed. Councilman Mike DeFuso is releasing the following statement in response:
“This is a blatant attempt by the Mayor to distract attention away from the fact that his slate of Council candidates is being supported by a powerful, dark money Super PAC controlled by the city’s health insurance vendor,” said Councilman Mike DeFusco. “The Mayor and his allies can continue trying to divert attention, but what Hoboken voters truly care about is the integrity of our upcoming election. That’s why at Wednesday night’s City Council meeting I will be introducing a resolution denouncing the influence of dark money on our local politics and calling on all Council candidates to reject support from Super PACs.”
According to media reports, a Super PAC closely linked to Hoboken’s health insurance vendor plans to spend over $150,000 on this year’s City Council election. The vendor was responsible for the largest spending increase in last year’s municipal budget, which Councilman DeFusco spoke out against to protect Hoboken taxpayers. The PAC employs a fundraising consultant who previously worked for Mayor Bhalla’s campaign, and it comes after a different dark money organization spent hundreds of thousands of dollars to help elect Bhalla in 2017.
Posted by SmartyJones at Monday, September 16, 2019