After the November election, the predict here the Ravi-Russo Alliance would end proved true as Councilman Michael Russo began immediately organizing to see replaced Ravi Bhalla as Hoboken mayor in 2021.
But the two deal-loving Hoboken officials left the door ajar and with a never-say-die attitude are now back together eyeing elimination of Anthony "Stick" Romano, the county legislative Freeholder up for re-election this year.
Russo who wanted to be a mayoral candidate next year is lining up a double endorsement for Freeholder from Ravi Bhalla and Brian Stack, the Union City mayor who also doubles as a state senator reliable independent sources report. 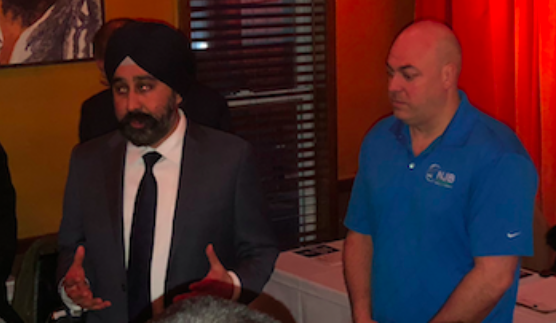 The rest of this story is premium content and went out earlier to members.


Related: Ravi Bhalla's shocking $7 million budget deficit could translate into 80 layoffs according to a late weekend story from the Hudson County View.

Of course, no one expects there will be 80 layoffs. It's just one extreme depicted in the mess Ravi Bhalla built where tax increases will in the end be part of his solution.

How did this occur? Well, Ravi Bhalla does have a second job and many of the items called problematic were not overnight issues like 600K in less parking revenues with the long months efforts to rebuild Washington Street.

Much of these figures were months in the making and there was no effort by Ravi Bhalla and his Administration to address ANY of it while his fattened mayoral office sucked up fat salaries and massive double-digit raises.

Shades of the million-dollar deficits a decade ago. Many Hoboken residents remember how that turned out. The State of NJ took financial control over the Mile Square City with the late Judy Tripodi acting as the financial state monitor back in 2009.