It's sure to anger many many people as the candidate with investment in the Shadow app is released in the lead with more than a third of the tabulation yet outstanding. (Or so they say.)


Here are first round vote tallies (likely prior to realignment when candidates below 15% give voters an opportunity to choose a secondary candidate in another vote).

View this as the raw vote (first round) and not the preferred and limited buffered percentage of votes above. More details on how this data works is available at the link. 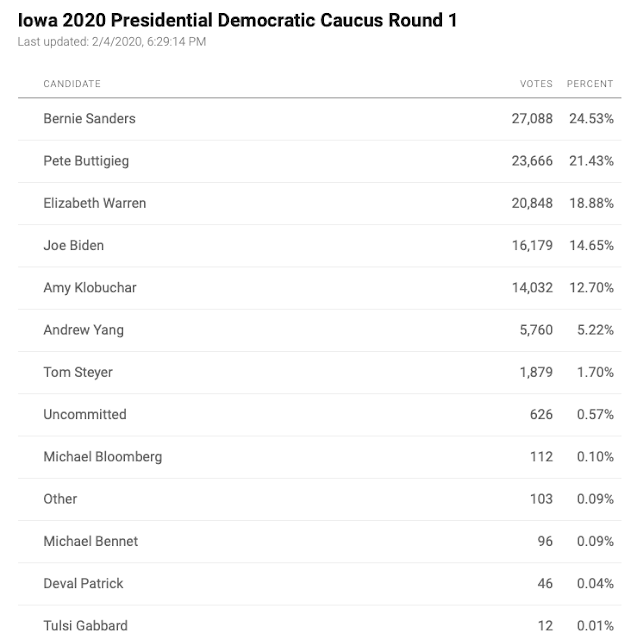 Talking Ed Note: "Moscow, we have a problem." This is not the anticipated approved red diaper baby. It's another one.

So when will the full actual votes and delegate counts get released? They will be delayed deep into the night after the State of the Union, guaranteed. This is the politically insider approved release which is all you will be fed right now.
Posted by SmartyJones at Tuesday, February 04, 2020