Breaking down the lockdown

Jersey City Mayor Steve Fulop is beginning to initiate some limited park openings prompting others to ask who else will follow?

The Hudson County View posed the question, "Who's next?"

As broad regional data points to seniors and those with underlying illness being the most vulnerable to the Chinese Communist Party coronavirus, others watching money drained away from lack of work and business are wondering how they will feed their families in the coming days?

The lust for a national lockdown echoed by some in Hoboken has led to concerns of a pending breakdown in the national food supply for some meat and other food products. Does the authoritarian lockstep call finally end when their "Starve in Place" order hits closer to home?

In New York City and New Jersey, failure to act to protect the vulnerable population most susceptible to the coranovirus is seeing further attention questioning the austere measures taken against the healthy and least affected.

As of last week, over 40% of the reported deaths in New Jersey are within senior facilities. In Hoboken, early concern to take action focused on senior buildings was ignored with suggestions voiced by the City Council and Councilwoman Tiffanie Fisher. It followed later with a sharply critical public letter and a backlash of comments among Mayor Ravi Bhalla's staff and insiders.

After deaths reported in Hoboken locations where seniors are clustered began to mount, the Bhalla Administration began to listen and joined in taking the practical measures requested by the council such as organizing home food delivers in concert with long time Hoboken activist Toni Tomarazzo.

One Hoboken resident, Josefina Viruet, a resident of Marion Towers passed and was announced by the Bhalla Administration as a resident of Hudson Street but her family referenced her living in Marion Towers, a senior building in downtown Hoboken.

The whitewashing effort has a similar but eerie feel as across the river in New York City where revelations of deaths clustered in senior centers have begun to make their way into the public consciousness. 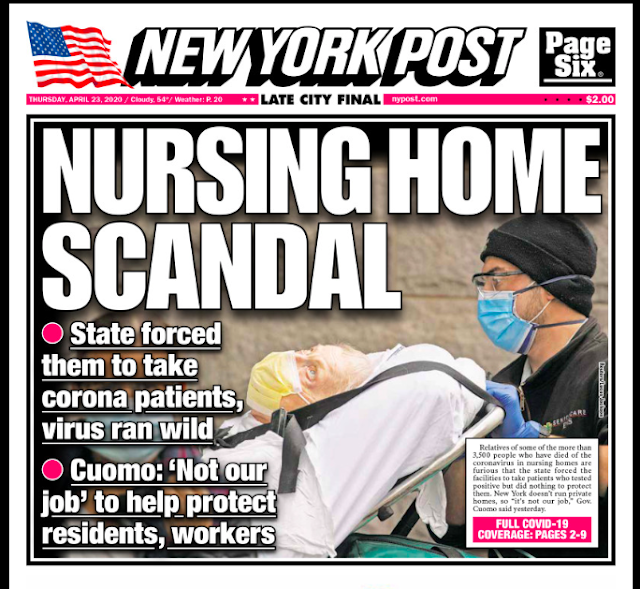 Hudson County View reports not all of the recommendations from the City Council have been promptly heard nor acknowledged. Councilman Ruben Ramos was apparently not pleased after weeks-long efforts to see in-home testing for seniors was announced by the Bhalla Administration and its latest failure to acknowledge the underpinning of those efforts.

Meanwhile, New Jersey's official death toll hit 6,044 with 111,118 cases reported. Governor Phil Murphy is expected to announce his plan to begin a gradual reopening of the state from the near lockdown five weeks ago.


The rest of this feature is MSV premium and will go out to members later today.