Horse Sense: What's the difference between Weehawken and Hoboken residents with dog parks?

While people are struggling to cope with the extended impact of the Chinese Communist Party coronavirus, some towns in Hudson County are moving forward, others at a standstill on park utility.

As the data in New Jersey and elsewhere continues to emphasis the impact of the virus to the elderly and those with underlying illnesses with most, fully 85% or so not severely impacted, how do local officials legitimize closures of simple pleasures for the four-footed friends? 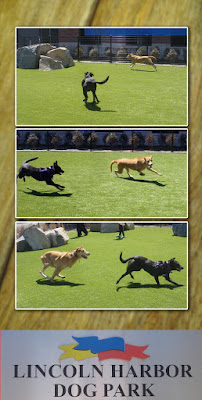 In response to the continued dog park closures in Hoboken, some residents report taking excursions to nearby Weehawken where dog parks are open.

One resident noted they go early in the am to take advantage of the opportunity to get their little friend some needed R&R. A happy pet makes for a more happy human.

Is there something inherently different between Hoboken and Weehawken residents that the latter can have dog parks but Hoboken's must remain closed?

Why can't a sign state an occupancy limit and allow Hoboken residents a similar functionality of its dog parks?

Or is there something inherently superior in Weehawken residents?