Grist for the Mill: Ravi Bhalla to City Directors: You deserve another week of paid vacation 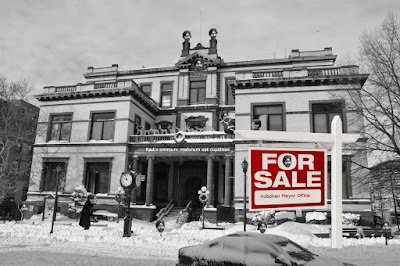 It's a fire sale that will have Hoboken people jeering. Mayor Ravi Bhalla who is yet to put a budget before the City Council is issuing a decree adding another week of paid vacation to his Directors.

While the City Council hasn't approved nor seen any such measure,  Ravi Bhalla feels bad they took a 10% salary cut the council inflicted with his municipal layoffs and decided they've been working too hard during the pandemic.

With the approval of the Hoboken Supreme Soviet and all power vested in the people, Ravi Bhalla decrees it. So that's that? No doubt he'll be moving on to the next Soviet enterprise to see the Democrat street mobs satiated and eliminate the Christopher Columbus statue in Columbus Park. This in tandem with the mayor's unofficial pick for County freeholder, the extremely woke anti-car activist Ron Bautista who seeks to unseat Anthony "Stick" Romano.

Previously, this news site exclusively reported last year Ravi Bhalla decided he didn't like Stick Romano being Freeholder anymore and ordered his resignation. Romano failed to comply and allow one of the mayor's Politburo staff to step into that position. This greatly angered the Hoboken Supreme Soviet of the unelected who sought to burnish their resumes with government service and corresponding paychecks for the people.

The flood of Vote-by-Mail ballots have landed on Hoboken and the scramble to see who can pick up the scattered votes across the doorways and floors of buildings throughout the Mile Square City is underway. Turnout is certain to reach 104%. Well if not here, then elsewhere in these United States and there will be no more talk of voter fraud ever again. Let the vote harvest begin!

The defund and demoralize police effort is producing woke results across Democrat lands. Latest weekend bodycount: Chicago - 16 dead, 30 injured. Among the dead a 3 year old and 13 year old girl. New York City reports a shooting every hour Saturday, 24 shot and anyone caught with an illegal gun is given a stern warning to do better before being released back into the wild. Minneapolis, the national capital of woke police defunding saw 11 injured with one dead in an uptown woke shooting spree.

Not to worry, be assured that black lives matter as the Marxist founded political group BLM went to Tulsa, Oklahoma to celebrate the First Amendment with efforts to block assembly of people trying to attend the rally hosted there by President Trump. They were partially successful and jammed the entrance before eventually being cleared. They had a harder time stopping an estimated 10 million or more Americans from watching the event. Give them a chance, they're working on cancellation of each and every person. Besides, it takes time to build all the required re-education camps. 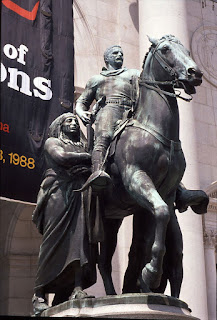 For the moment, they'll have to settle for mob justice tearing down monuments and statues. On the recent hit list: George Washington, General and former US President Grant and targeted for removal, Roosevelt at the Museum of Natural History, Teddy not Franklin. The latter imprisoned scores of Japanese Americans during World War II but the former took the horse making others walk.

We'll have to await the rewrite in the history books why one Roosevelt got cancelled and the other awaits a future rewrite when the authors of sufficient revolutionary zeal are commissioned.

Amidst the Oklahoma festivities, some people on the streets of Tulsa were seen in a most unwoke act of defiance celebrating police on the streets there who were trying to keep the First Amendment rights of American citizens alive.

Trump supporters getting ready for the big Tulsa rally. Police walk by and the crowd cheers. Out of respect. For the men and women who greatly deserve it. Out of respect for law and order. This is not Seattle and these are not democrats. This is America.pic.twitter.com/BllMpRj7dx
— First Words (@unscriptedmike) June 20, 2020


Grist for the Mill is MSV's rumor column but its success makes it the most popular column in all the Mile Square City. Have a tasty carrot for Horsey? Send it to smartyjones@me.com and be assured your confidentiality is protected with MSV's State of NJ Shield Law protections upheld repeatedly in Hudson County Superior Court.
Posted by SmartyJones at Monday, June 22, 2020