Seeking to elevate his national profile among a radical leftist chorus amid the din of recent riots , Hoboken Mayor Ravi Bhalla publicly came out for the "Defund the Police" effort in Minneapolis.

His tweet yesterday made it abundantly clear, calling the City Council effort there to defund the police a "bold step" for "bold change."

#Minneapolis took a bold step in reimagining public safety in policing and incarceration.

The reaction to the Marxist claptrap from the Hoboken public is telling: 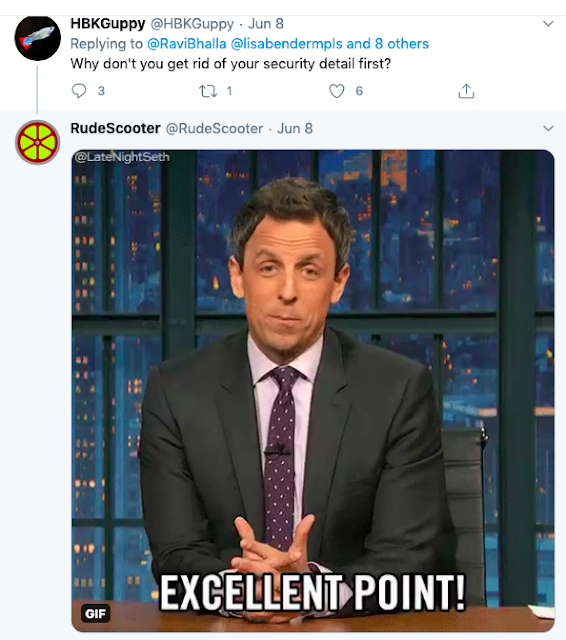 Councilman Mike Defusco almost immediately came out in opposition and Ravi Bhalla offered a limp response about working together but the reaction of Hoboken people is what's most interesting:

Talking Ed Note: Unlike Minneapolis, the Hoboken City Council isn't going to get behind the Ravi Bhalla for national spotlight effort and defund the police in Hoboken. Expect a lot of backtracking, distraction and distancing from this vapid insanity. Or will Ravi Bhalla claim once again his account was hacked/logged into by a family member?

On another front, Ravi Bhalla is feeling the heat for backing a protest in Hoboken with thousands while supporting the near lockdown rules for residents. For the moment, let's put that hypocrisy on the back burner and note there's a lot of fabrications being doled out from the mayor's office and Trenton.

The pandemic case numbers have fallen to zero. What happens if that changes and equally telling, if it doesn't?