The Hoboken Police Department under the direction of Police Chief Ken Ferrante announced two arrests for conspiracy to commit aggravated arson, weapons possession in the possession of fireworks.

The HPD announced the arrests of two suspects: Elijah Scott, 20 and Tyrese High, 19, both Hoboken residents. 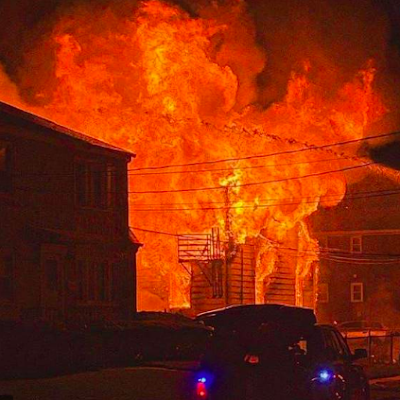 The investigating and arresting officers are Detective Christine Collins and Luis Rodrigues with the following series of events on June 22nd shortly after midnight offered by the HPD:

Shortly after 12am on Monday, June 22nd the Hoboken Police Department responded to the area of 3rd and Jackson Streets on the report of fireworks being shot.

When uniformed officers arrived, no one was shooting fireworks and the area appeared to be in order. On Tuesday, June 23rd evidence was forwarded to the Hoboken Police Department. The evidence clearly shows Mr. High and Mr. Scott in possession of fireworks (Shotgun Candle high powered Roman Candles). The evidence also shows the two working together to shoot fireworks upon 320 Jackson Street striking the building and nearly missing windows. Approximately 40 windows were exposed to the potential of the firework exploding on or within the apartment.

The two arrested suspects were transported to the Hudson County Correctional Facility.