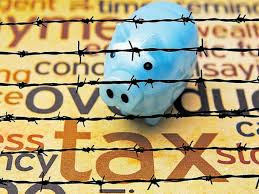 Mayor Ravi Bhalla put up his 10% tax increase for the City Council to digest after months of delay but at least one council member is distressed by the lack of fiscal restraint displayed.

Councilwoman Vanessa Falco described waking up to a "political headache" after the last meeting focused on the 2020 budget.

In a Facebook post, the councilwoman offered "budget presented months late... operating on budget deficit yet professional services contracts for lawyers, engineers and consultants most of which we have in house (are approved in the "thousands" and)... approving police chief raise for next year..."

Her unhappiness didn't end there as she continued, "let's just keep spending..." before concluding she would continue to "fight for the people of Hoboken and question our fiscal irresponsibility."

She concluded that many of her council colleagues are approving these expenditures and her resulting frustration "is an understatement."

Talking Ed Note: Professional contacts are the lifeblood of HudCo pols, of which Ravi Bhalla is now a quintiseential HudCo mayor. The chits go back and forth, back and forth.

Pandemic or not, the contracts and political contribution flows are the lifeblood of Tammany Hall, I mean Hoboken.