Governor Murphy, a national leader in nursing facility deaths after ordering infected people there creating killing fields is about to issue an order to New Jersey's nine million residents to wear masks in public.


The Karens are creaming in delight already at the prospect of government showing central control but the nine million residents of New Jersey may not find it so endearing.

New Jersey has seen the curve of the pandemic with the Chinese Communist Party (CCP) Virus mostly pass. The key statistic of deaths in the state shows how mortality has plummeted. 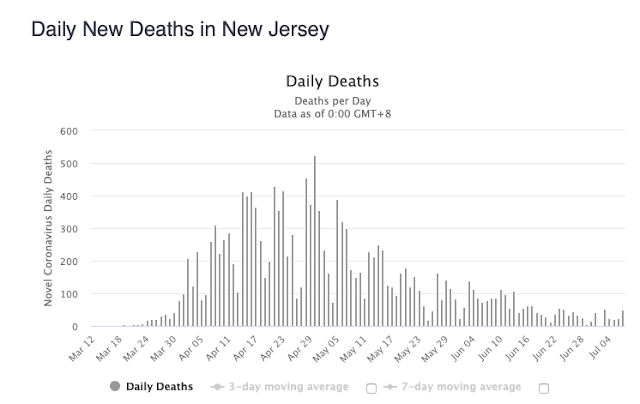 Talking Ed Note: This is not about flattening the curve, it's not about keeping healthcare workers from being overwhelmed. That battle is long over and won in New Jersey. The curve of the virus' cycle is over here. Don't even try that second wave propaganda. Are you lemmings even vaguely familiar with the globe? Show me your second wave? I'll wait.

The mutated versions of the CCP virus are weakening and now the battle against HCQ combination therapy is lost as big pharma and Dr. Fauci, aka Dr. Fallacy have failed to keep the good news and superb results of its effectiveness from the American public. Many of us who followed Dr. Zelenko and his successful treatment of thousands knew that combination therapy was viable months ago. I personally contacted the Governor's Office to inform them. President Trump obtained HCQ and it was widely distributed to hospitals here. Many know about the lives saved and more than a few personally.

The politicization of the pandemic isn't over. With the Marxist BLM protests backed by local and state officials and Governor Murphy who couldn't keep himself from attending just one, the hypocrisy and crass political nature of this potential action speaks nothing BUT politics.

If you don't understand how any of this makes any sense, don't worry, you're not alone. This is about the November election and providing cover for the Democrats to squeeze and tighten a regional mask in an effort to retake Pennsylvania.

That's what this is about. This has nothing to do with health. It's about covering a geographical region which includes Pennsylvania in order to give that governor, another Democrat, cover to impose the same restrictions on its residents and force paper ballot fraud in November. It doesn't look good on the map if NJ isn't saturated with the same government overreach as New York and Pennsylvania. This is political solidarity organized for a political agenda.

That's all this is. 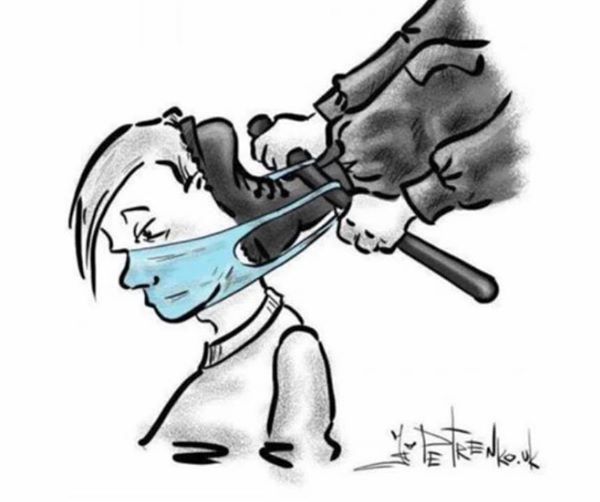