After proddings over months from the Hoboken City Council, Mayor Ravi Bhalla is now ready to introduce the Hoboken 2020 budget.

But first he had to spin it in a preplanned release to media and political operatives.

After the full City Council later received a look, the budget is officially presented at $118 million for 2020 with a 10% tax increase, or a shade under, officially at 9.8% according to a report on Hudson County View. 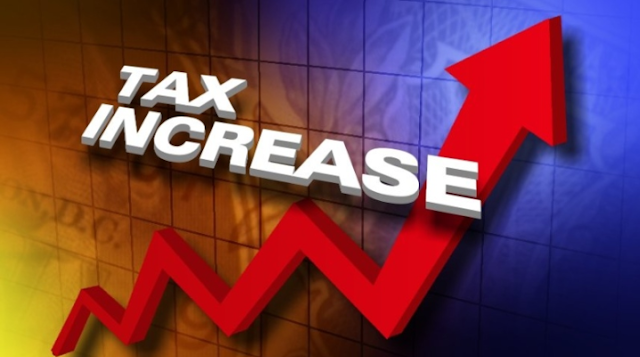 What's presented to the Hoboken public is an odd circumvention of reality as Ravi Bhalla looks to claim the Hudson County tax decrease for redemption while pointing to the pandemic for the shortfall.

Earlier this year, the Bhalla Administration wouldn't admit to estimates of the budget shortfall only saying it was seven million and then later somewhere north of ten prior to the pandemic. The Bhalla Administration targeted 79 municipal layoffs later eliminating over two dozen positions last May. The City Council made additional cuts including the office of constituent services restarted by Ravi Bhalla when he took office.

With the budget introduction, it Ravi Bhalla put the shortfall just south of $20 million, a number Councilwoman Tiffanie Fisher had noted in her independent analysis, an estimate made without confirmation from the Bhalla Administration.


Entering the fiscal year, increased costs and revenue losses created a roughly $7.4 million budget shortfall, compounded by a $6.4 million reduction in regenerating surplus, and $5.9 million in added costs and lost revenue due to COVID-19 for a total budget impact of approximately $19.8 million, according to the mayor’s office.
The budget gap has since been reduced by approximately $10.9 million and the introduced budget proposes using $3.3 million of the city’s non-regenerating budget surplus, officials said.
The city council also approved the first reading of a $4.7 million bond agreement with the local library at their June 24th meeting.
Finally, the remaining $5.5 million gap would be closed by a 9.8 percent increase in the municipal purposes tax.
The budget introduction was met with consternation by Councilman Mike DeFusco who blasted away and offered this written statement:
“Over the past six months, my Council colleagues and I have repeatedly asked the mayor to present us with a budget to begin an open and transparent dialogue about the state of our city’s finances,” said Councilman Mike DeFusco. “The administration is now attempting to hide behind the fact the mayor wants to raise municipal taxes by nearly 10%, on top of borrowing $5 million at the expense of taxpayers, while our County tax burden decreases. Hoboken’s long existing budget woes are a direct result of a pattern of gross misspending, awarding politically connected contracts and giving out patronage jobs that we are now facing the consequences of. It is nothing shy of irresponsible for Mayor Bhalla to continue using a global health crisis as an excuse for years of poor financial planning, even after recovering $1.4 million in federal aid. Giving the Council 48 hours to review the proposal before asking us to adopt it is the very gimmicky budget the mayor swore he’d never introduce and Hoboken taxpayers deserve better than this.”
Talking Ed Note: The additional funding through approval of a $4.2 million bond routed through the local library is not on the council agenda for second reading. At the earlier meeting, it received five votes required but it apparently lacks six votes for approval on second reading.
There's quite a mad scramble behind the scenes as some council members look to see what they can get for a yes vote while others are refusing to participate in behind closed doors logrolling with Ravi Bhalla based on budget principle.
At least two council members are looking to bring some municipal jobs back. As exclusively reported in the Grist for the Mill, Ravi Bhalla created a nightmare of potential lawsuits within the Hoboken Fire Department with the Battalion Chief position. He wants the City Council to buy him out of the problem by adding two more of those positions at $150,000 annually each.
Posted by SmartyJones at Tuesday, July 07, 2020