After bouncing back from the CCP Virus, President Trump triggers massive TDS explosion

The howls from Hades have never been louder or more deranged.

One "reporter" was heard on President Trump's departure Monday asking if the POTUS was a "super spreader?" Not how are you feeling Mr. President, is your treatment going well but an immediate TDS snarl like a demon's howl.

President Trump took it in stride and shortly after saluted Marine One after being dropped off at the White House, removing his mask as he stood alone and giving a thumbs up. This further enraged TDS sufferers. There's no known cure but a red pill is rumored to be available for select users.

No doubt, President Trump's day three activities are sure to enflame the TDS infected further. 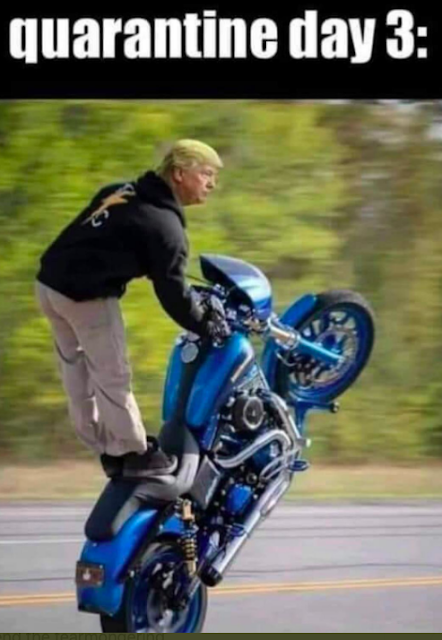 Posted by SmartyJones at Tuesday, October 06, 2020