JERSEY CITY, NJ – A last-minute addition to the “lame duck” legislative session – introduced on Wednesday – will ban condominium conversion in Hudson County, shattering the values of 2 and 3 family homes.
The bill (S-2957), which poses as a means of preserving affordable housing, will never achieve its objective according to Joseph Hottendorf, Executive Vice President of the Liberty Board of Realtors (see filmed interview at www.njresidentsfirst.com).
The Liberty Board of Realtors studied recent conversion activity in the Jersey City Heights, finding that 135-160 two- and three-family properties were converted over the last three years when values increased more than 40% and generated an additional $2 million each year when properties became owned by residents and were reassessed.
The Jersey City Property Owners Association reviewed the data and included it in a recent ad campaign to alert legislators and residents that the law will not accomplish its intentions and have devastating impacts, especially to seniors who planning on using the value of their homes to fund their retirements.
“This bill is a prime example of the stench emanated by Lame Ducks,” says Ron Simoncini, Executive Director of JCPOA. “This is a mess in 5 different ways, including that it deprives every Hudson County municipality of home rule over its property rights.  It is unconscionable that we have not heard from one local mayor or council on this bill – they probably don’t even realize they just lost home rule.
“The only saving grace is that the bill is probably unconstitutional because in the author’s zeal to quash capitalism, they neglected to recognize that this law violates equal protection statutes.”
Other negative impacts include accelerating the decay of housing stock by freezing values, leaving no incentive to upgrade or maintain properties – especially if the properties are rent-controlled.
“It is embarrassing that the Legislature itself failed to look hard enough at this to realize that its impacts are contrary to its intentions.  And they don’t even see that this is not a Hudson County-centric issue:  when people who need affordable housing can’t find it in Hudson, they are going to migrate elsewhere, bringing the social impacts and obligations to services with them.  So, if Legislators thought was “we should support this out of courtesy to its Hudson County origins,” they just bought Hudson County’s problems.” 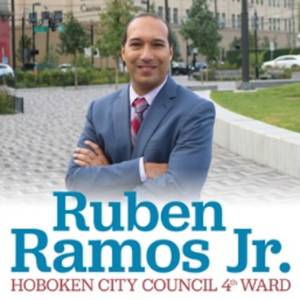 Hope everyone had a wonderful holiday season!  A few community meetings have been scheduled that I hope you will attend:
Please don't hesitate to reach out if you have any questions or concerns!  Thanks!
Councilman Ruben Ramos
Hoboken City Council, 4th Ward
Real Leadership for a Better Hoboken
Posted by SmartyJones at Thursday, January 16, 2020
Councilman Ruben Ramos: "Important Upcoming Meetings for Fourth Ward"
2020-01-16T11:11:00-05:00
SmartyJones
Comments