Joshua Einstein: Unity in American values is what matters most 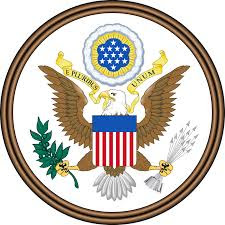 We must come together as Americans in support of our core values – that of supporting the right to protest, even in times of crisis, whether BLM or those demonstrating to reopen society. Moreover, saying yes to civil society and public protest requires we say no to rioting and violent mob occupations (such as what has happened in Seattle), and particularly that we root out those who justify violence from the comfort of their tony neighborhoods and calm suburbs. As videos made by grassroots BLM protesters have shown a number of times, protestors have attempted to stop looters, rioters, and vandals. Many of these looters and rioters come from the suburban outskirts not to express solidarity but to have fun in the destruction of communities they then get to leave afterwards.
Yet in the pages of activist left and socialist periodicals such as Counter Punch, Jacobin Magazine, Mother Jones, and the Nation, and more, mostly white former hipsters are ranting and raving about riots calling them “uprisings” as if comparing looting one’s neighbors, ransacking Macy’s, or extorting local businesses in Seattle’s Antifa occupied zone,  to those who rose up in slave revolts and rebellions against dictatorship is anything other than an insult to the memory of actual freedom fighters. The less (but still) extreme left-wing media from CNN to the New Republic, the New York Times to even the Atlantic at times, has thrown itself in not with the protestors but with rioters by portraying protestors and looters as one in the same.
Those seeking to tear America apart by instigating orgies of violence using the murder of George Floyd as cover will fail. The National Guard, police, 2nd amendment exercising citizen patrols (some even being organized by left wing local leaders), and responsible protesters are working together across differences to protect themselves and their communities. The violence is being caused not because average Americans all of sudden hate their neighbors, but by a confluence of outside ideological agitators and the child like tantrums of a small but dangerous group that pretends looting has anything to do with police reform.
Our fellow Americans, black, white, brown, and more, who are defending themselves and their neighbors from those intent on pillaging their businesses and homes because they know that the police cannot be relied on to respond in time are like the Los Angeles Korean community during the LA riots, every day regular people turned into heroes. So too are the 99% of police who are attempting to sort through the vast majority of peaceful protestors to isolate the tiny portion of violent Antifa agent provocateurs who have schlepped from the suburbs, crawled out of their parent’s basements, or slid down their ivory towers to so many urban areas in an attempt to hijack protests and turn them violent for their own twisted destructive aims.
Protestors, both armed and unarmed, against government abuse in the form of life destroying shutdowns or police brutality should be lauded and applauded. Protestors of all types are defending our freedoms even when one disagrees with their premise, and are the life blood of America because they are free citizenry asserting their rights to assemble, speech, and dissent from official government mandated policy as they understand it. The violent Antifa occupation of neighborhoods; the rioters burning down stores, cars, buildings, and homes; the Minneapolis cops who murdered George Floyd; and the Louisville Metro Police who executed a no-knock warrant on the wrong home and took the life of Breonna Taylor should all face the full consequences of their actions.
America will overcome our present troubles, but in order to do so we must demand an end to the illegitimate use of force both when the state engages in it and when rioters kill innocents and burn cities. We must demand the periodicals of the cloistered left stop justifying and glorifying mob violence, that our streets are taken back from Antifa thugs who would take over more neighborhoods and extort even more communities. We must reaffirm our shared American values and support all peaceful protestors even when we disagree with the substance of their protest.