Grist for the Mill: The Battalion Chief Edition 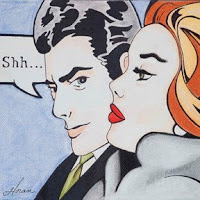 The City of Hoboken is facing two potential lawsuits, both emanating out of the Hoboken Fire Department based on actions taken earlier this year by Mayor Ravi Bhalla

Legal papers may be filed against the City not for one but two separate positions of Hoboken Battalion Chief.

In early January, this news website stated layoffs would be coming to the Mile Square City in 2020. Prior to the pandemic's arrival, Ravi Bhalla admitted as much putting up fully 79 positions on a layoff list. Among them, one position of Battalion Chief in the Hoboken Fire Department.

Then in a classic bait and switch, one HFD Battalion Chief felt the pressure and announced his retirement with the hot breath of the mayor's office on his back.

After the announcement however, Ravi Bhalla decided he would no longer tally that position to his layoff reduction list. Instead, he filled the position appointing a woman firefighter garnering his favorite pastime, headlines.

The problems with that action echoed within the HFD as another member felt more than a little sleighted being overlooked and passed on the promotion list.

Each of the two HFD members, one retired and the one currently employed are weighing legal action and Ravi Bhalla is feeling the heat.

The retired HFD Battalion Chief seeing his position not eliminated as part of layoffs but refilled is considering a lawsuit for age discrimination. The other HFD firefighter is weighing a lawsuit for being passed over for promotion. Close observers consider both potential lawsuits legally viable.

It hasn't helped that one of the potential plaintiffs earlier felt the icy hand from the mayor's office connected to his political support for another candidate who is not Ravi Bhalla. He got the message loud and clear when they reached out to touch him saying, "We know where you were" back during Hoboken's 2017 mayoral campaign.

Will that intimidation nugget also be highlighted in any potential lawsuit?

So what is Ravi Bhalla's solution to the Hoboken Battalion Chief disaster he's created? He's tried to tip toe to the City Council and see if there's any hope they'll bail him out and add not one but two Battalion Chief positions at $150,000 a pop.

This after the ink is not dry on the more than two dozen other municipal workers who were laid off and pushed into retirement.

Some on the City Council are getting wind of this potential legal quagmire but there's no consensus on how to handle Ravi Bhalla's latest disaster.

The Hoboken mayor has come crawling on his knees to get bailed out of his mess and some council members are seeking reinstatement of almost a dozen municipal jobs plus a return of the now retired HFD Battalion Chief to his original position. Councilman Michael Russo is said to be among that pirate horde, part of an effort to see the Hoboken Library $4.6 million reconstruction bond approved to help fill the budget deficit on first reading. It made it with five but six are required on second reading for passage.

Where this ends up is anyone's guess but one way or another, it's going to cost Hoboken taxpayers plenty.