Gristy Chewable: Ravi Bhalla to his "Army of Karens" - Show me the Money!

Mayor Ravi Bhalla is suffering from demented death mask disorder. It's an illness insisting Hoboken's 55,000 residents wear a mask outdoors at all times when there's but a handful of active cases of the Chinese Communist Party Virus reported across the Mile Square City.

If you think Ravi Bhalla is sweating at night a millennial may get infected with the virus and come down with the sniffles, let's put that fallacy to rest.


It's ALL ABOUT THE MONEY!

The true objective in Ravi Bhalla building an Army of Karens is to unleash his insiders on the CCP Virus task force and other like-minded municipal Ravibots on an unsuspecting public for loot.

At $250 a pop for each violation, it's a revenue enhancer the mayor and his cronies are eager to see happen. Sources inside and outside City Hall say the motivation for imposing these harsh fines with Hoboken seeing but a handful of reported cases of the virus makes no sense from a health standpoint.

As it stands today, a resident has a better chance of catching a venereal disease than the CCP Virus. 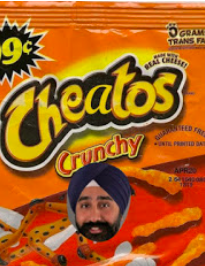 As reported yesterday, there's a major problem with the program pending final City Council approval. The State of New Jersey is the controlling authority on Governor Phil Murphy's executive order on masks. In that order, the hint of violations lending themselves to fines is barely viable based on Murphy's own admission.

The State of NJ has not made hunting down residents for not wearing masks a priority. In addition, the mask order holds all sorts of caveats based on an individual's health and viability in taking steps to maintain social distancing when in public. To a large extent, it's common sense oriented and the focus is on avoiding large parties and indoor gatherings as one in Alpine, NJ over the weekend.

Then there's the additional aspect of enforcement and citations. Penalties, if any, would fall under the authority of the NJ Attorney General's Office, not a local mayor and his "Army of Karens."

"Hoboken is anticipating guidance from the county and State," said one reliable source familiar with the matter. "If they come back and say this is a bad joke, what were you thinking, the program is DOA."

Should that happen, no City Council vote on the ordinance would even take place and the entire scheme dead in the water. Apparently among the hundreds of NJ municipalities, Ravi Bhalla and his Army of Karens are the only ones looking to cheat the state of its authority and any mask-related revenues.

The Hoboken Corporation Counsel Office has reportedly been in a "scramble" trying to get the Army of Karen's mask violation plan off the ground. The Bhalla Administration inserted the proposed ordinance with the City Council at the last minute calling it "an emergency."

Meanwhile, the mayor's office is deflecting questions about the Army of Karens mask violation program and trying to point the finger at the City Council for its conception. In other words, it's business as usual, pandemic notwithstanding.

The City of Hoboken like the Big Apple across the way is becoming desperate for revenue as the lockdown's impact continues to take its toll. Ravi Bhalla's Army of Karens and their cheerleaders may despite best efforts see his mask revenue enhancement plan die on the vine.


Grist for the Mill is MSV's rumor column but its success makes it the most popular column in all the Mile Square City. Have a tasty carrot for Horsey? Send it to smartyjones@me.com and be assured your confidentiality is protected with MSV's State of NJ Shield Law protections upheld repeatedly in Hudson County Superior Court.
Posted by SmartyJones at Wednesday, August 05, 2020
Gristy Chewable: Ravi Bhalla to his "Army of Karens" - Show me the Money!
2020-08-05T09:00:00-04:00
SmartyJones
Comments