Hoboken's Joshua Einstein: Standing up against the destruction of BLM & for the American heroes of "the boys in blue"

Speaking out against the destruction to urban centers at the hands of the Marxist group, Black Lives Matter and Antifa mobs on Saturday in Jersey City; Hoboken resident and NJ GOP committeeman Joshua Einstein blasted the hypocrisy of politicians who promote left wing radicalism to serve their own political ends and urge the defunding of the police to the utter destruction of cities with exploding violence paid for mostly by minorities.
Citing US Senator Rand Paul who took up legislation against no knock warrants and yet became a target for harassment and threats of violence in the nation's capital, Einstein pointed out the irony in the Senator's efforts, ultimately as he and his wife were abused on the DC streets.
He minced no words for the political use of the fading pandemic in that agenda. 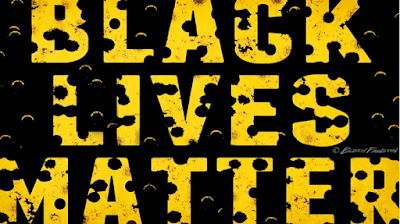 Talking Ed Note: Americans are woefully informed of the bodycount exploding across America's cities, a direct byproduct of the Marxist BLM effort to undercut policing to promote division and their revolution.
As a direct outgrowth of that political agenda, Daniel Greenfield denotes the massive violence being paid in the minority community as police are demoralized and defunded from doing their job:

New York City has blown past 1,000 shootings, of all kinds, individual and mass, Philly hit 1,300, and Chicago is approaching 3,000 shootings.

3 Democrat cities alone will soon account for some 5,000 shootings.