The City Council adjusted Mayor Ravi Bhalla's budget decreasing his proposed near 10% tax increase down to less than 8% (7.5%) before settling for a $117.8 million budget. 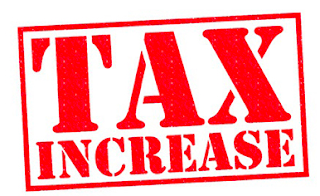 "After many months of deliberations, the Hoboken City Council okayed a $117.8 million amended budget that uses an additional $1.3 million in surplus, meaning that the municipal tax increase is 7.5 percent and the overall tax increase is 0.75 percent.

After voting down the budget last week, which had a municipal tax increase of 9.8 percent and a overall tax increase of 1.4 percent, the council convened a special meeting to decide if they wanted to increase the surplus used from $8.5 million to $9.8 million."

For the complete story, please see the Hudson County View:

Council members Tiffanie Fisher and Mike DeFusco offered some additional background on the council's actions and that of the mayor. 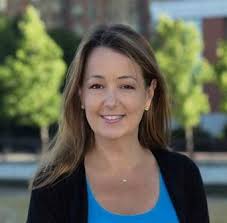 In a written statement, Fisher wrote Mayor Bhalla should "stop misleading Hoboken residents and that his 9.8% tax increase for Hoboken is the highest not the lowest over the past decade." Further:

"Last night the Hoboken City Council, by a vote of 8-1, made the difficult decision to pass a $4.2M or 7.5% municipal tax levy increase for 2020.  This comes a week after the Council voted 5-3-1 to reject Mayor Bhalla’s proposed $5.5M or 9.8% increase, the highest municipal tax increase in a decade since Hoboken was under a state fiscal monitor.  Only Councilmembers Cohen, Doyle and Jabbour voted yes on that increase.  Although the mayor previously cited COVID as the key driver, this proved to be a smaller factor with increased spending and rising costs behind most of the City of Hoboken’s fiscal mess.

Instead of austerity, Mayor Bhalla, issued a misleading public statement that read more like a victory lap while imputing false collaboration with Hudson County to deliver “Hoboken’s lowest overall tax increases in the last decade, at only .75%.”

“They say the sign of a person’s true character is how they respond to difficult times and Mayor Bhalla last night chose dishonesty and hypocrisy.  Instead of owning his historically high tax increase of 9.8%, like Mayor Zimmer always did, he instead created a misleading narrative that better suits him, taking credit for the much lower overall tax rate that was driven by declines in Hoboken’s share of county taxes over which he had no control.”

“Thankfully my City Council colleagues were able to reduce his proposed increase by $1.3M to 7.5% which is still way too high reflecting a rudderless year with Mayor Bhalla guided more by headlines than financial discipline. As we look ahead to 2021 it is going to be imperative that the Council carefully oversee the mayor’s spending so Hoboken residents don’t see another big tax increase next year.”

Fisher continues, “We should actually thank Jersey City as it was their significant increase in development that drove the 8.5% reduction in Hoboken’s share of the Hudson County tax levies and provided a much appreciated offset to Hoboken’s financial woes this year.”

The only tax rate that the Mayor and City Council of Hoboken control is the Municipal Tax Rate.  Hoboken’s total tax rate includes Municipal, County, School, Library and Open Space taxes.  With the Municipal tax levy increase now set at $4.2M or 7.5%, Hoboken tax payers will realize a total annual tax rate increase of .75% when combined with the other levies.  The key reason for this much lower rate is that Hoboken’s share of the County tax levies (including County Open Space) decreased by $6.4M or 8.5% driven by development related increases in property values in Jersey City." 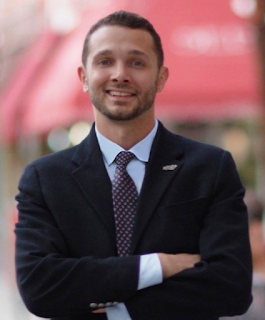 “Having known since January that we were facing a multimillion dollar budget deficit this year, it’s disingenuous for the Mayor to have blamed a global health crisis for his fiscal mismanagement, particularly after he targeted the positions of 79 hard working employees before COVID-19 impacted Hoboken. It was unthinkable for him to fire 26 people before showing the City Council a budget and absolutely unacceptable for him to have proposed a nearly 10% tax increase amid an economic recession. I’ve long fought to cut city spending by eliminating politically connected contracts and have urged the administration to do more with less because the absence of doing so has led us to the fiscal crisis we’ve found ourselves in. Now is the time for the Mayor to follow the Council’s lead and reduce spending to prevent a hefty tax increase next year.”

Talking Ed Note: A fact check of the council members shows each to be true. Mayor Ravi Bhalla is attempting to pull the wool over the eyes of Hoboken residents, again. He's combining individual taxes for municipal and county. Of the latter, Hoboken has no control but fortunately due to Jersey City PILOTs going full freight, the Mile Square City received a significant tax windfall on its county tax bill.

Posted by SmartyJones at Thursday, September 24, 2020